On the Lookout for Fake Santas...Tis the 9th Day of Christmas

Here are a few pointers on how to spot a Fake Santa Claus.

Don't misunderstand... Fake Santas are nice guys, but wouldn't you like to recognize The Real Deal when you see him? 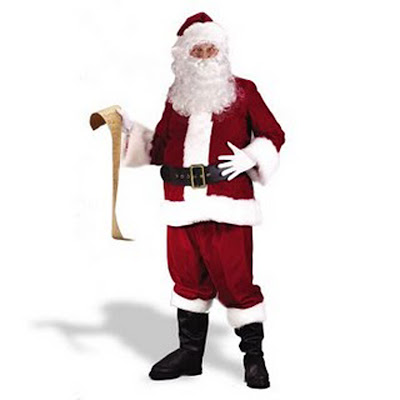 The Real Santa is not Skinny.

His boots and belt are always made of black leather...
no shiny rubber or black vinyl on Santa!

Santa Claus has a real beard on his chin
that really is as white as the snow.
You can always give it a little tug just to be to be sure.

Santa's cheeks are a bit like roses
and his nose really does resemble a cherry,
but naturally so, not from a jar of make-up.

The Real Santa wears a red wool suit trimmed in white fur
made especially by the elves.
There is no polyester anywhere... not even in his long-johns.

Santa's eyes really do twinkle and when he looks into yours,
he can tell, without even asking,
if you're on the naughty list.

He has a voice so deep and calm
that it sends a warm feelin' all over you
and instantly you know... 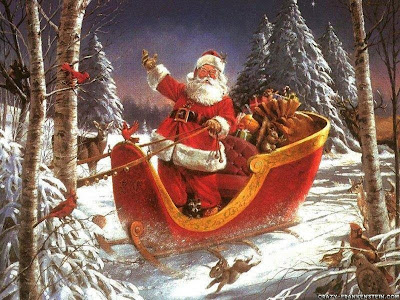 And oh... how you want to be on that good list!


*Research for this post has been gathered from The Santa Claus Book by Alden Perkes. Ph. D. S.
who happens to be the world's leading authority on Santa Claus;
and from the personal experience of the author of this post.

Be sure to follow this link to
Track Santa on Christmas Eve
Follow him in real time as he makes his visits around the world.
(I don't make this stuff up.)