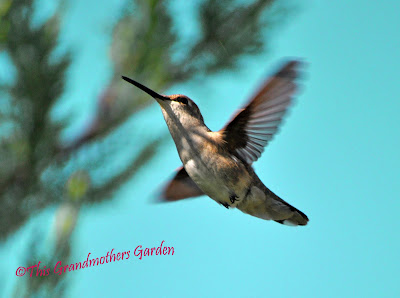 
"The sunlight speaks. And it's voice is a bird:

It glitters half-guessed half seen half-heard

Above the flower bed. Over the lawn ...

A flashing dip and it is gone.

And all it lends to the eye is this --

A sunbeam giving the air a kiss."
~Harry Kemp

Of all the places in my garden to be... 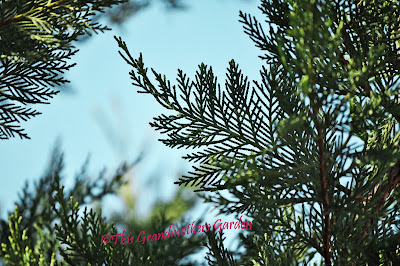 I wouldn't imagine
they would spend so much time here... 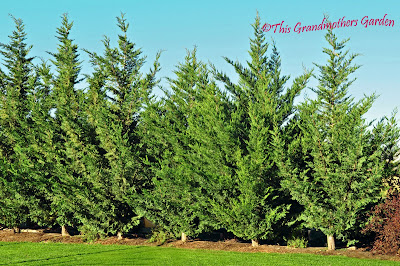 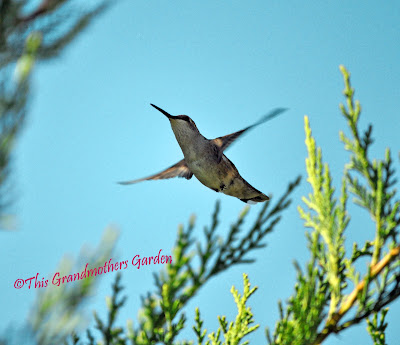 But what are they doing here? 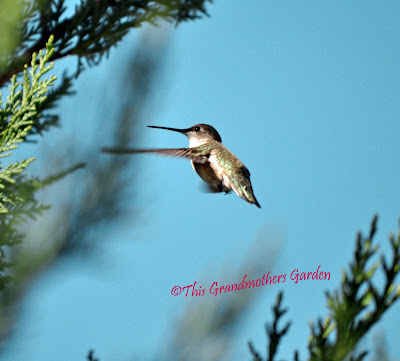 Could there be a tiny nest hidden among the branches?
A hummingbird's nest is about the size of half of a walnut shell.
The outer part is made with moss and plant fibers and spider webs. 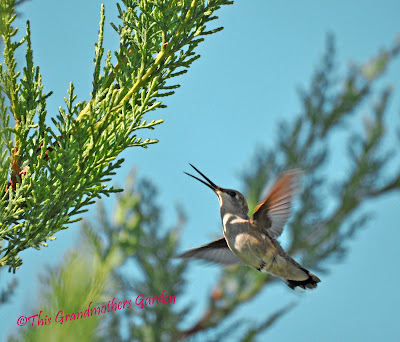 Are they finding some tasty little bugs to eat?
Did you even know that hummingbirds eat bugs?
They do!
Hummingbirds eat insects and pollen to get protein to build muscle. 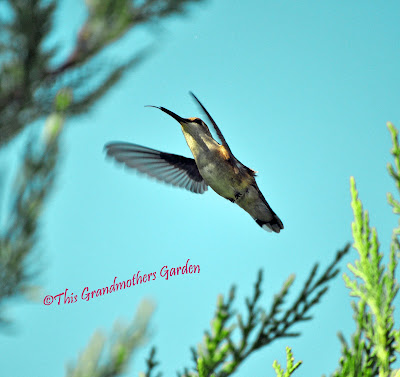 Is that a tongue I spy?
Hummingbird tongues can be six inches long.
Their tongue is grooved on the sides to collect nectar
at the rate of 13 licks per second.
Now that's a lot of licks! 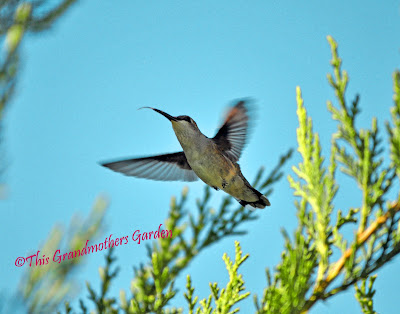 Notice his tiny little feet.
Hummingbirds have very weak feet and use them mainly just for perching. 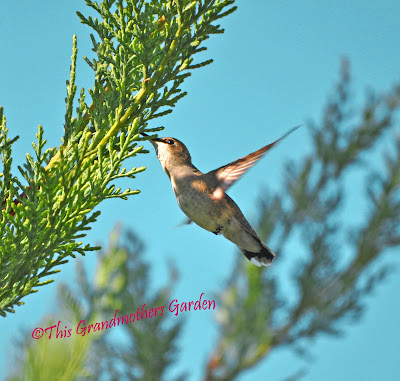 Are they sipping dew from the branches?
Hummingbird's drink dew and rain drops and bathe in small pockets of water in leaves. 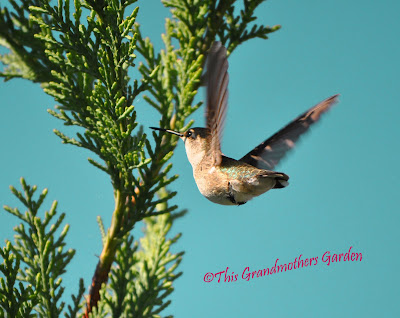 Or collecting sap from the tree?
Most of a hummingbirds diet is sugar
which they get from flower nectar and tree sap. 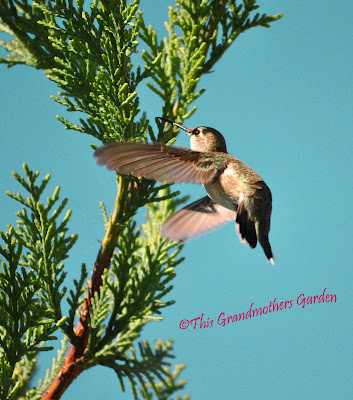 What ARE these little guys doing? 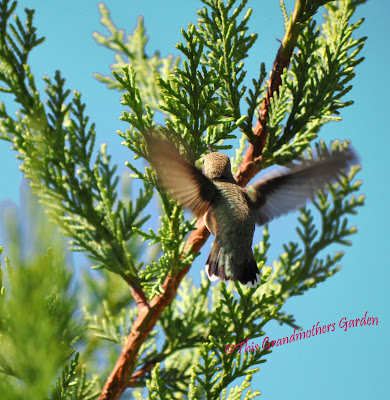 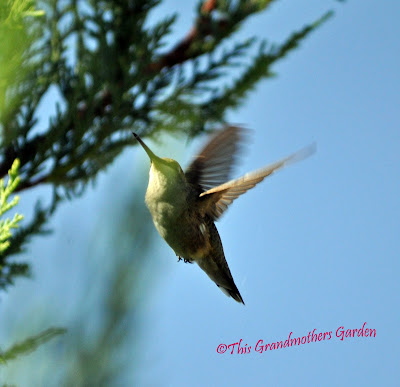 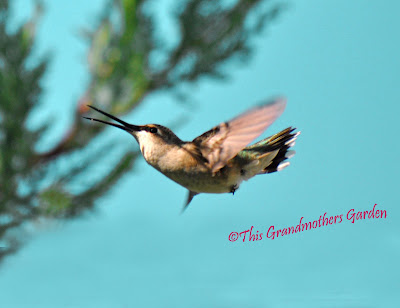 and dancin' in the sunshine!

Perhaps we should include a bit of dancing in our day!


More facts that may surprise you:


Hummingbirds perch on a tree branch to sleep. They often choose Fir trees because they are thick and offer protection from the elements.  They grasp the branch with its feet and go into a state of semi-hibernation to conserve energy while it sleeps. In this state they lower their body temperature by about 20 degrees and up to 50 degrees.   Hummingbirds can even lower their heart rate from 500 beats per minute to as few as 50. They may even stop breathing for periods of time to conserve energy.

Sometimes while sleeping, the Hummingbird will loosen its grasp just a little and will be found hanging upside down on the branch. When the sun comes out and warms them up, they wake up!  They can raise their metabolism and get their body temperature back to normal usually within a few minutes but it may take up to an hour.

Hummingbirds are very territorial and will perch in trees between feedings to watch the area...  and may attack other birds that might try to feed at their food source.