The Mystery of Autumn... The Facts May Just Surprise You

There's a mystery to be solved...
and Scientists are still working to figure it out.

Why do the green leaves of Summer
transform into blazing hues of
Red, Yellows and Orange
in Autumn? 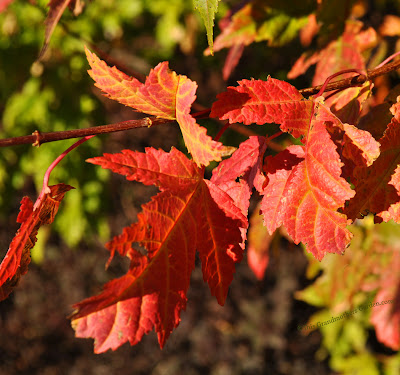 You may think you know the answer.
And actually, you may know some of the facts.

But there are other facts that may just surprise you. 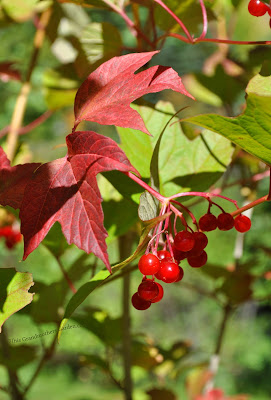 You may already know...

Plants use chlorophyll and sunlight to make their food.
The chlorophyll is what makes the leaves green.
As plants stop making food in the Fall
the green chlorophyll disappears. 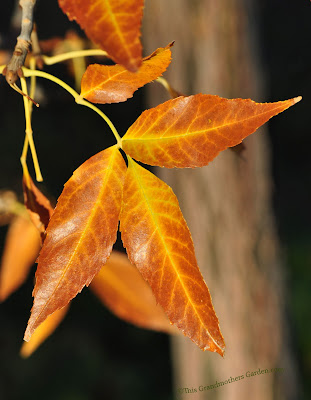 As the chlorophyll fades away,
the red and orange and gold of Autumn appears.

The vibrant colors were always there,
but were hidden by the green of the chlorophyll. 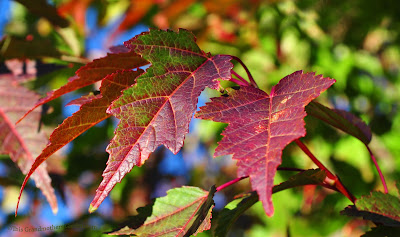 The cooler temperatures
and shorter days of Autumn
signal the leaves to begin the change.

Yellow leaves undergo one sort of color changing process
and Red leaves another? 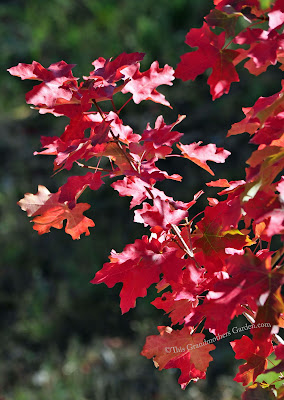 Scientists have discovered
something very different goes on in red leaves.

As their chlorophyll drops,
they would also turn yellow if not for the sudden rapid production
of a brand new red pigment called anthocyanin.

Anthocyanin was not previously present in the leaves. 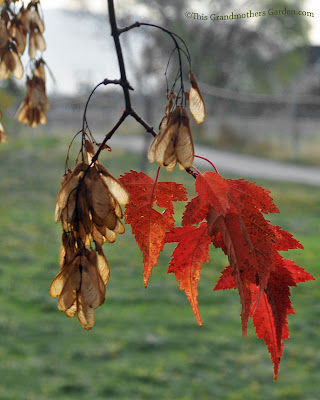 This surprising new revelation has scientists wondering...
"Why would a leaf with only a week or so longer to live
bother producing an entirely new pigment?"


Anthocyanin may serve as a protective pigment
that helps trees in nutrient-poor or stressed places
maximize the nutrients they can draw from the leaves
before they are dropped to the ground. 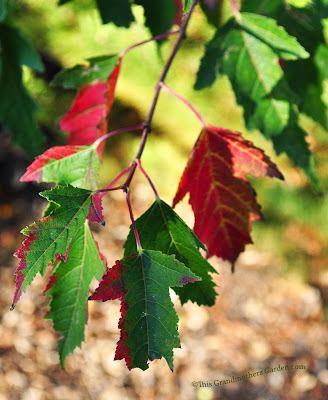 So, where every drop of nutrient counts the most...
like perhaps on some nutrient-poor hillsides of North Carolina...
red is the color of autumn. 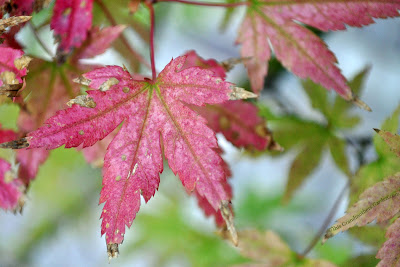 Another theory for explaining red leaves
is that they are the result of 35 million years
of trees battling insects looking for places to get a last meal
and lay their eggs in the fall.

Red leaves are harder for some insects to see,
so they tend to go for the yellow leaves.

Here's a great website
where I gathered much of the information I've shared...
it is fascinating.